miniOrange LDAP Gateway allows login to publicly/privately hosted sites using credentials stored in Active Directory, OpenLDAP and other LDAP servers. If the LDAP Server is not publicly accessible from your site, this module can be used in conjunction with the miniOrange LDAP Gateway, which is deployed at the DMZ server in the intranet. Another benefit of this module is that multiple LDAP Configurations can be stored for multiple customers of a WordPress based Cloud Service Provider and mapping to the username can be done on the basis of the domain name.

miniOrange gateway is a small piece of software that can reside on a shared machine. It wont need its own machine and our customers generally install it on any server thats already in the DMZ. 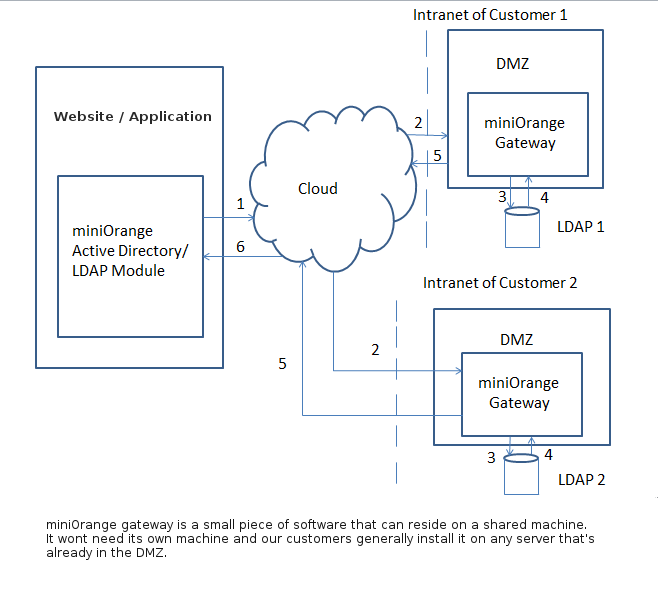